This trendy expression card is created by the organiser of Hong Kong “grasshopper” ad, 林早逝二世。

Definition: An invader who exploits and takes advantages of a city yet refuses to contribute.

【Example 1】Locusts speculate in the housing market and drive the price up. Local people can’t even afford to buy snail house.

【Example 3】Those who got in prestigious schools through connections (or guanxi) are locusts. 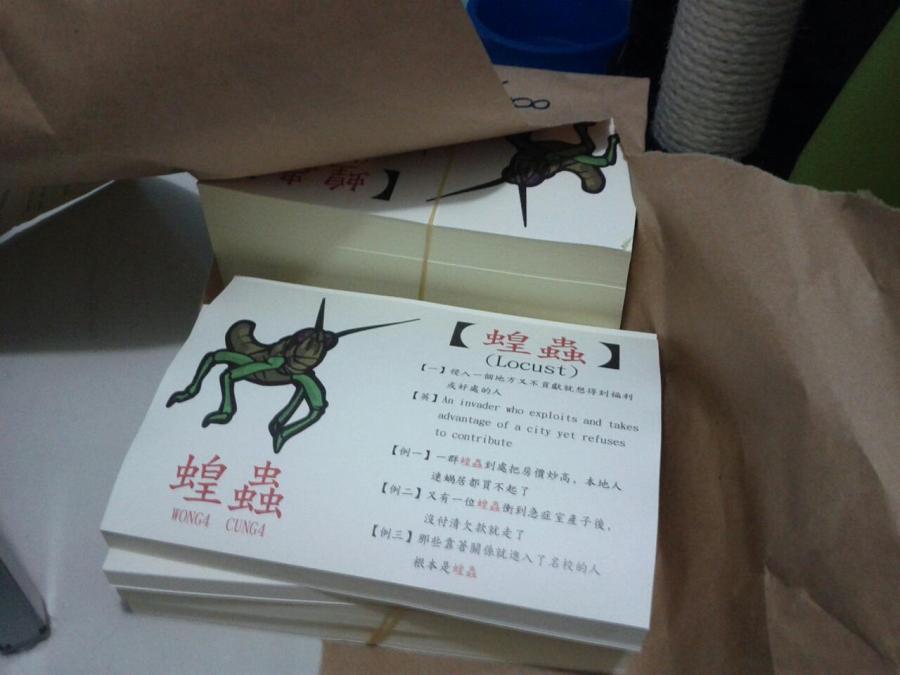 *Hong Kong trendy expression card is a box of card that teaches trendy slang in Hong Kong Cantonese. It was popular during the summer of 2008.

There is another trendy expression card, which is called “Golden Creature Card”,  with the theme of locust. It is created by the same forum that pooled money for this locust ad. 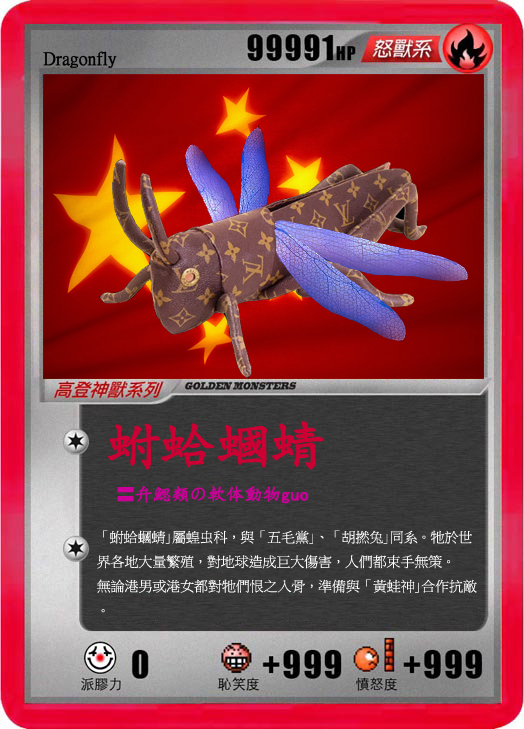 The name of the Louis Vuitton skinned locust is called “蚹蛤蟈蜻”. Its name is a play on the Chinese characters “符合國情” meaning “accord with national situations”, which is a standard phrase used by Beijing.

How does the play work? People added “insect radical” 虫 to “符合國情”. Radical in Chinese character works like Latin root. By adding “insect radical”, it means that “accord with national situations” is related to the characteristic of insect, locust to be exact.

Hence, the use of “locust” is also a disdain of Chinese political system.