Despite the “underground palace” scandal, Henry Tang refuses to quit the race and has just submitted nomination form with 379 signatures from the election committee to become the official candidate of Hong Kong Cheif Executive at 4 pm. 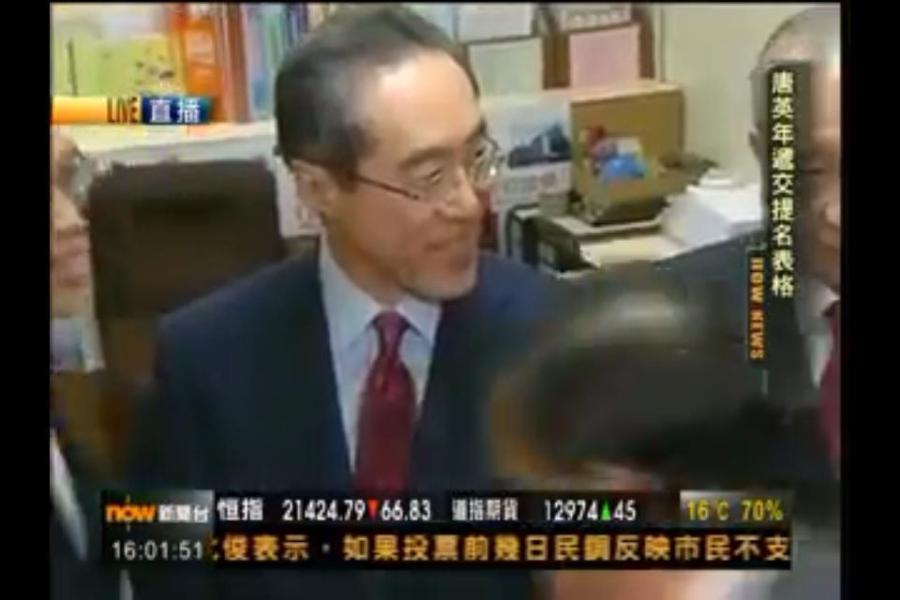 “Mr Tang, you still have the face to join the election?”

Wong: Mr Tang makes Hongkonger more united! Even Apple Daily and Oriental Daily can condemn him together! If Tang were elected, Hongkonger would be very united and protest every Sunday! 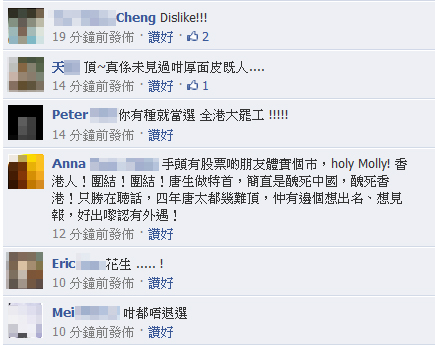 天: Damn! I have never seen such a shameless person!

Peter: If you were elected, the whole Hong Kong would be on strike!

Anna: People who speculate in stocks should pay attention to the market! Holy Molly! Hongkonger! Unite! Unite! If Henry Tang becomes the CE, shame to China, shame to Hong Kong. He wins because he obeys. It will be intolerable to look at Mrs Tang for 4 years. Who wants to be famous? Who wants to be on newspaper? Please say you are his mistress.

Michelle: Don’t be kidding! If he were the CE, there would be 7 millions on there street to protest on July 1st!

Wong: I think Tang Tang is uniting Hongkonger. He may want to save Hong Kong by joining the enemy side.

The censored part of the letter became the hottest guessing game yesterday and Oriental Daily disclosed today that it is “having made love with you”.

A netizen made a spoof called “Watching Lewdness between Letters” from earthTV, which can be viewed on Hong Kong TVB and its Chinese name is “瞬間看地球” (Watching the Earth Instantly). “瞬間” (instant) sounds exactly the same with “信間” (between letters) while “地球” (earth) rhymes with “下流” (lewd).

Mike: Big 4 developers push Tang Tang to the top. Hong Kong need to find out what is happening. I support CY Leung and Regina Ip fully.

Lam: (Tycoons) can make money more easily with such a government.

Alfred: He (Tang) protects the core of the core value of Hong Kong, that is you bastard (*Li Ka-sing). However, you (Li) should beware of Tang’s failure. You (Li) will be in a very big trouble.

湯: The Chief Executive is only elected by a thousand people, not by 7 millions. We are in great trouble. 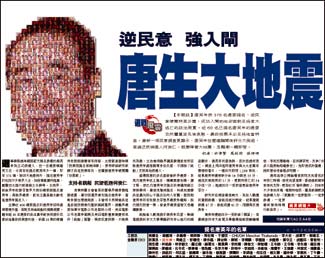 Between August 2004 and July 2007, no matter how strong a typhoon was, Hong Kong had not hoisted any typhoon signal no. 8. Citizens blamed Hong Kong Observatory for not protecting their safety. Later, a scholar even said on TV news, “Every time when a typhoon hits Hong Kong, it creates 400 millions worth of damage. Who should be responsible for the loss?” Therefore, some people investigated the claim and found that Hong Kong Observatory was under the former Economic Development and Labour Bureau. The rumour, which Hong Kong Observatory biased towards the business and helped them to earn money at the expense of citizens safety, started. The biggest boss of Hong Kong, Li Ka-sing, eventually became the target of anger. Netizens made up a myth that Li Ka-sing invented a force field that could prevent typhoons from entering Hong Kong so that there would be no typhoon “holidays”.