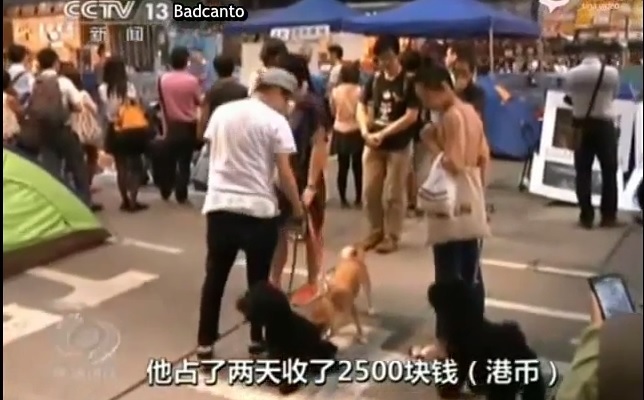 A few comments under the video

Mak: What’s the difference between China and North Korea?

翼雙非(a blogger): TVB’s nightly news found an interviewee who was wrapped from head to toes claiming that protesters hurt him. To be honest, TVB is going to be like CCTV.

Tse: It’s all because you Mandarin people messing things up down here. I was born here and I’ve never cried (over the sad state of Hong Kong), fuck you! She’s just another extra. Alas, please find someone who speaks Cantonese next time. Those who speak Mandarin don’t look like Hongkongers and I can tell in just one glance.

Leung: The Communist Party has the habit of paying thugs so it fabricates the news that protesters in Admiralty, Causeway Bay and Mong Kok are paid. I want to get paid because I was beaten and sprayed with pepper spray. I should get at least 2000-3000 HKD per day. 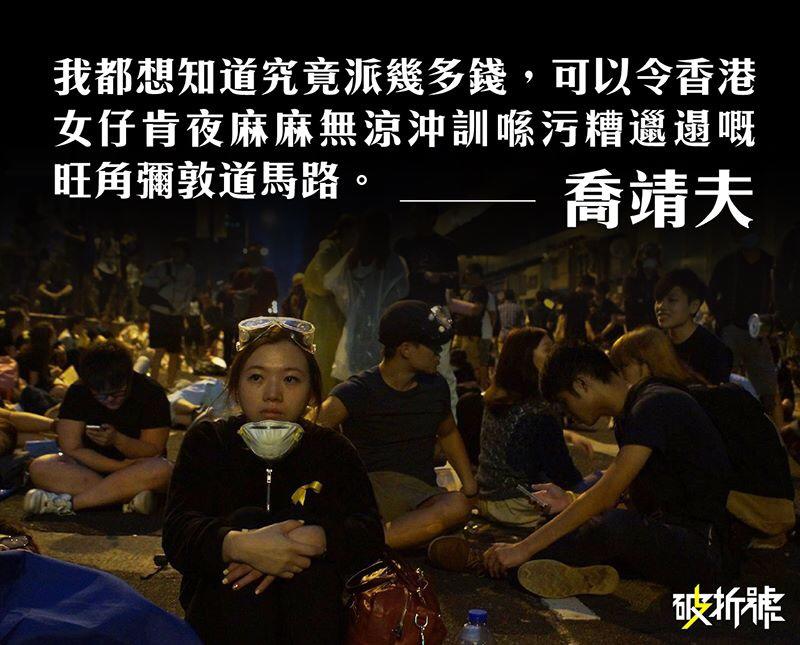 I also want to know the amount of money (the foreign powers) had paid for making Hong Kong girls to sleep on the dirty Nathan Road in Mong Kok in the dark sans bathing .