On October 25, 撐警大聯盟 Alliance In Support of Our Police Force, 正義聯盟 Justice League, and 藍絲帶行動 the Blue Ribbon Movement held a pro-police rally in Tsim Sha Tsui Clock Tower. During the rally, the Blue Ribbon (anti-occupy and pro-police) physically and verbally assaulted reporters from TVB, RTHK, and Al Jazeera. After the violent clash, the blue ribbon shook hands with police officers there. No one is arrested. The following is a complete report from Hong Kong Cable TV.

Despite the fact that TVB is a pro-Beijing TV station, the Blue Ribbon were filmed calling TVB as a “漢奸電視台 Hanjian TV station” (Chinese-betraying TV station) and its reporters as “Hanjian 漢奸” (Chinese traitor) and “Running dog 走狗” (the abbreviation of 英美走狗 Running dogs of the British and American).

Earlier in the pro-police rally, one of the beaten reporters, Sin Chi 冼志, portrayed the event positively on TVB news. Netizens mocked that the pro-Beijing TV station pleases neither the Yellow Ribbon nor the Blue Ribbon and there is zero dignity working as a TVB reporter.

The reason why pro-Beijing TVB is unpopular among the Blue Ribbon is that some of the TVB’s journalists support the broadcast of the notorious “Dark Corner” incident, in which seven police officers lifted a handcuffed protester to a dark corner in Tamar Park and took turns to beat him. The footage was later removed from the station’s news site under the order of Yuen Chi Wai, the head of the TVB news. Yuen’s decision was protested by some of the TVB’s journalists, who later signed an open letter condemning Yuen’s flagrant ignorance of press freedom. The protest against Yuen leads to resignations of two female anchors (It’s also said they were forced to resign). 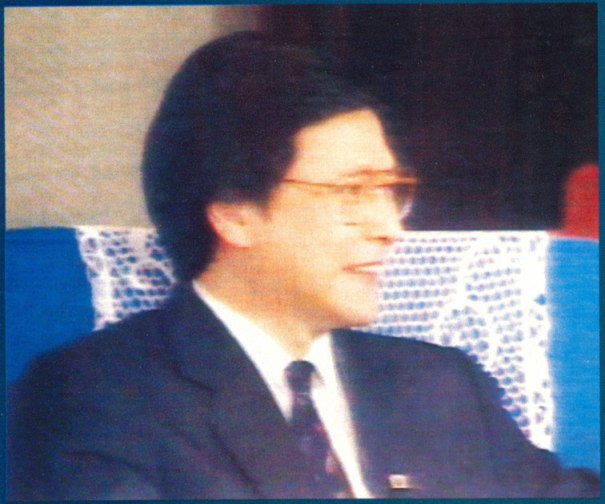 In 1991, Yuen Chi Wai met with Li Peng. The meeting is said to be the beginning of TVB news’s self-censorship.