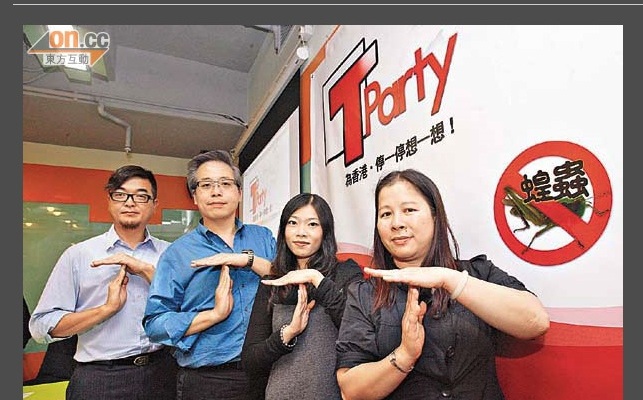 In these two months, the usage of 蝗蟲 “Locust” spreads to most mainstream Hong Kong media and even to Mainland China.

Nanfang Daily: Why does the song that refers Mainlander to locust become popular in Hong Kong? (This is the song I posted in the article “蝗蟲“)
Source and more info (in writtten Mandarin)

There’s even a real life political party called T-Party, which was just established on April 27, 2011 and probably inspired by American Tea-Party. Its manifestos includes anti-minimum wage and anti-locust, which is just restricted to mean new immigrants who depend on social welfare.